The Cult of Done Manifesto

The Cult of Done Manifesto is really a 13 phrase mantra written to exorcise the demon of perfectionism that possesses many creatives. I imagine most people encounter it through the striking visual poster by James Provost which ironically does not have the manifesto written on it. Instead, “getting done” is represented through the completion of a Rubik’s Cube.

Below is my animated version of this poster:

The manifesto is as follows: 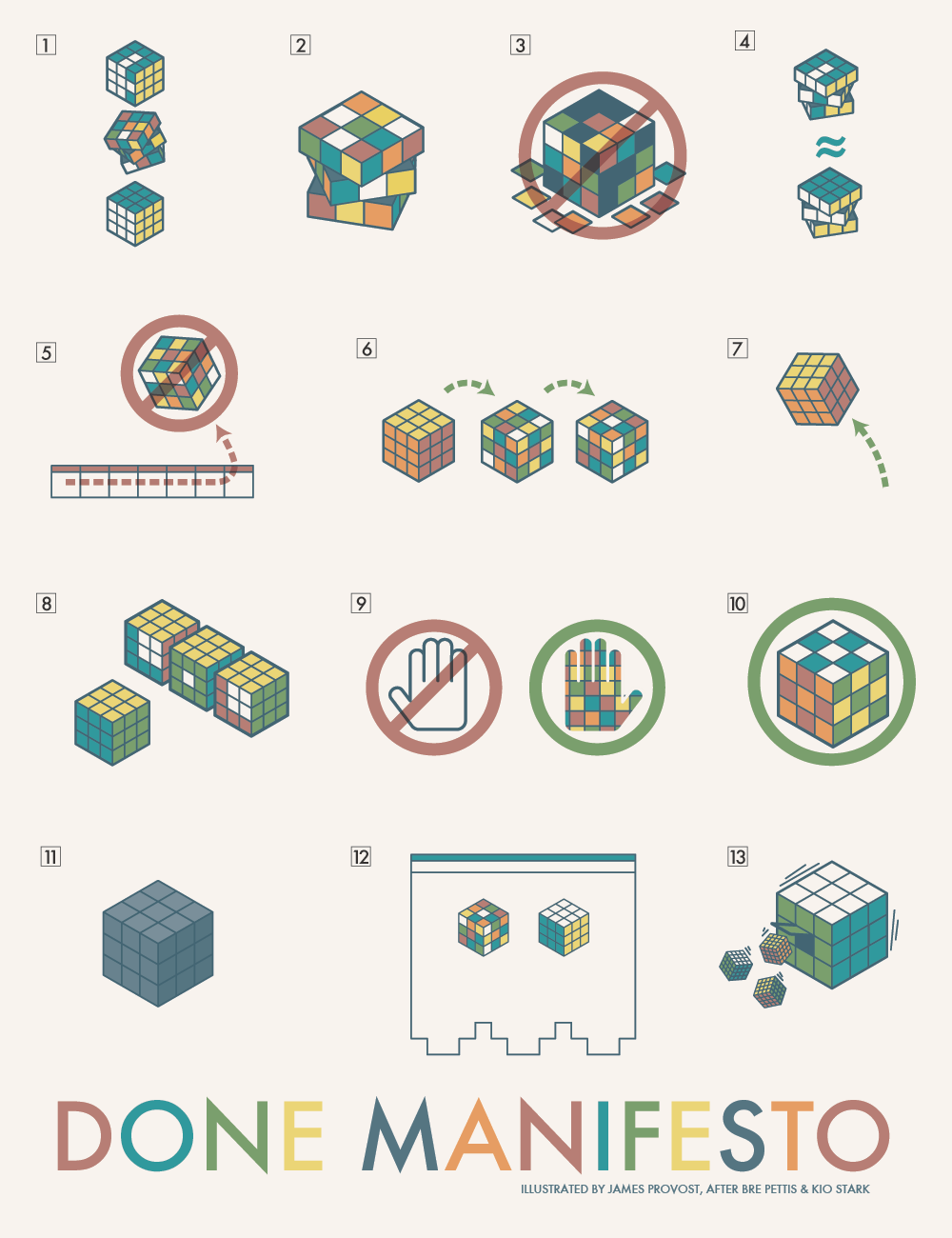 As can be seen in the video, I did use many of the principles of the manifesto: there’s strange rotations, the pacing is a little too fast, there’s too much text etc. But that doesn’t matter, because done is better than perfect, and my list of projects I want to do grows faster than my ability to complete them.

Here’s the creative reasoning behind the animations: